The Commonwealth Cyber Initiative research team is building what is likely to become the largest indoor software-defined radio (SDR) network testbed in the United States based on the Open Access Radio Network (O-RAN). To make it happen, they have to roll up their sleeves and climb a few ladders when equipment arrives.

The CCI xG Testbed is based at the Virginia Tech Research Center in Arlington, Virginia. The testbed will comprise 72 radio nodes, which are about the size of a notebook and installed on a ceiling rack at CCI’s headquarters. It will be one of the first such SDR networks to support native artificial intelligence and machine learning capabilities.

These radio networks are small and powerful, thanks to traditional radio duties shifting from bulky hardware to software. The CCI xG Testbed has combined CCI’s 5G and AI Assurance testbeds to better address future capabilities.

Power Delivery Units (PDUs), which allow researchers to remotely turn radios on and off, went up in the ceiling racks. The PDUs joined Octoclocks that will synchronize the radios, enabling massive scale multiple-input and multiple-output (MIMO) experiments. This equipment also will save power, greening the testbed.

“We’re excited to have the CCI xG Testbed start to come together,” DaSilva said. “We still have more to do, but when we’re done, Virginia will have one of the best testbeds in the country for research on secure and intelligent wireless network communications based on end-to-end open-source and open-standards.”

Funded by the Commonwealth of Virginia, CCI brings together 41 higher education institutions and more than 300 researchers in Virginia to focus on research, workforce development, and innovation at the intersection of security, autonomous systems, and intelligence. 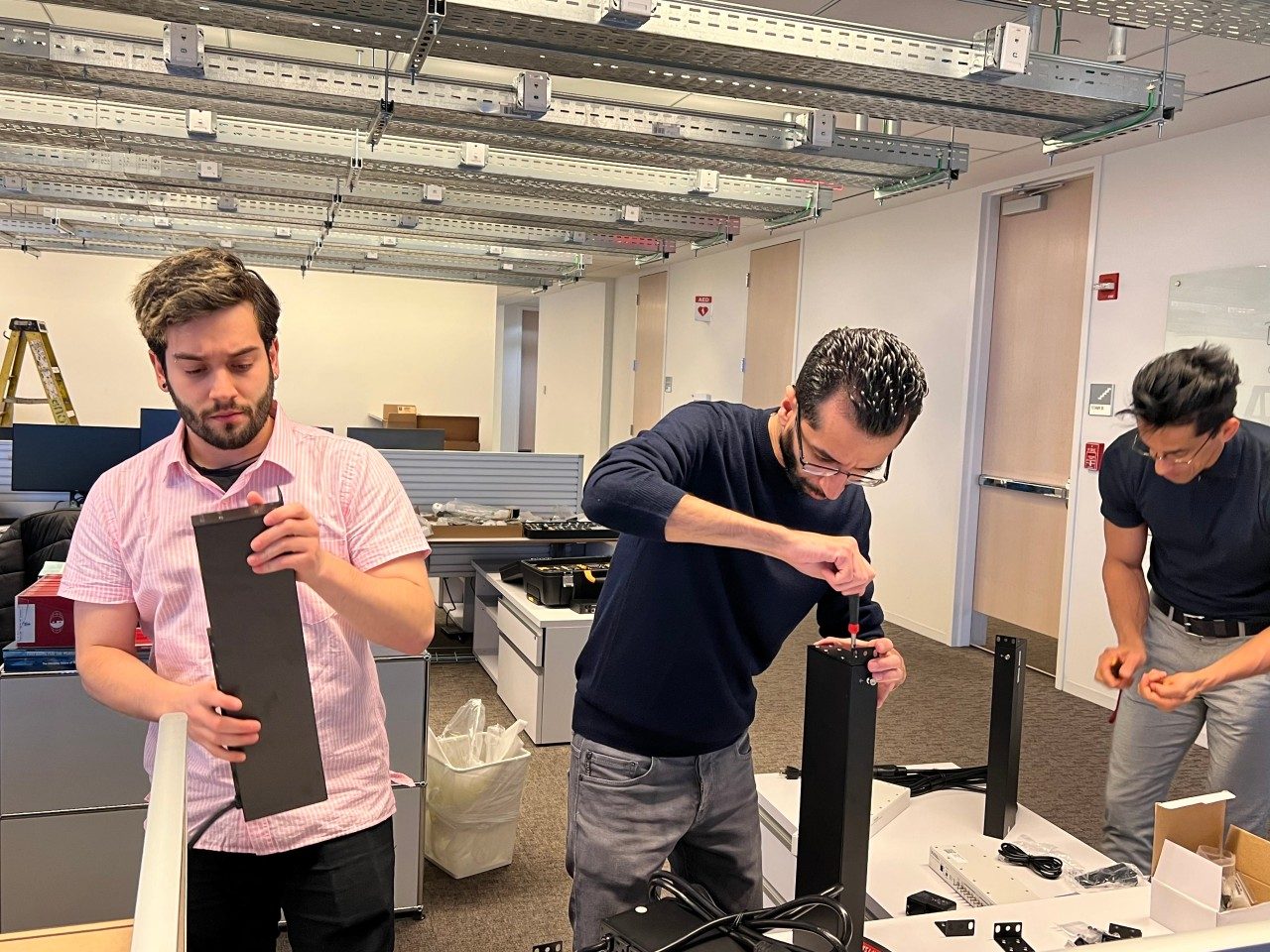 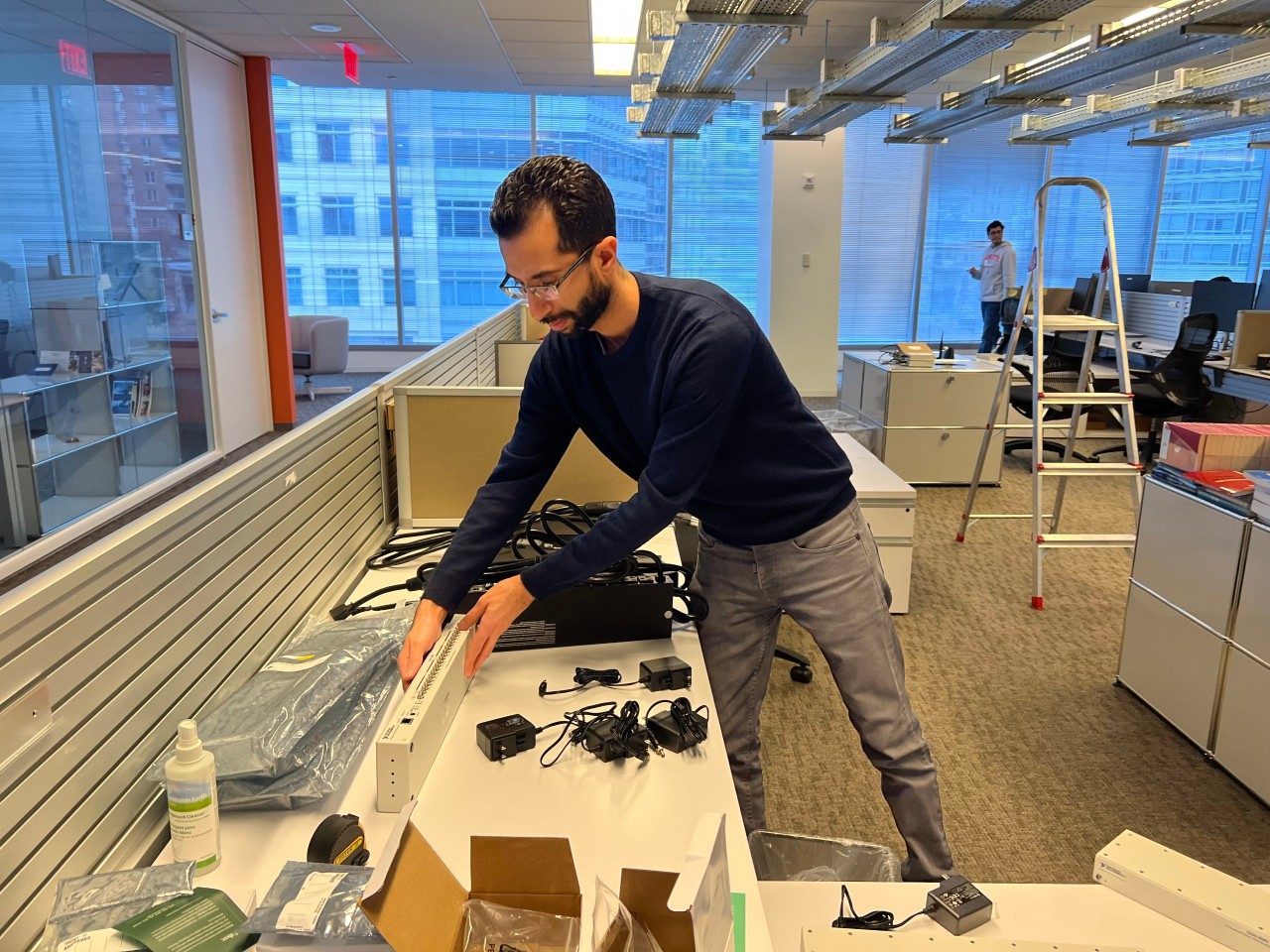 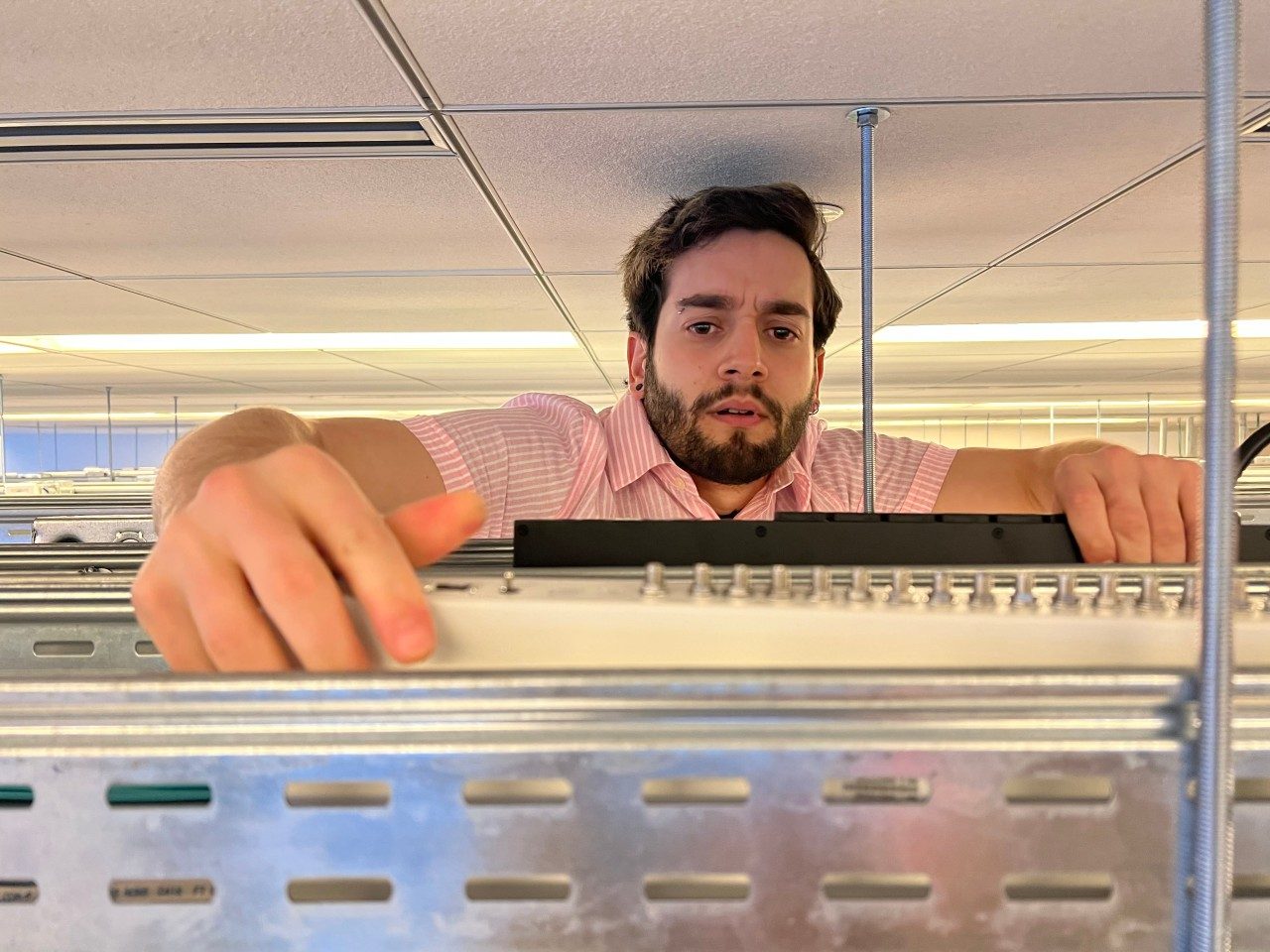 CCI 5G Testbed and AI Assurance Researcher Joao Santos placing equipment in the ceiling for what is likely to become the largest indoor software-defined radio (SDR) network testbed in the United States based on the Open Access Radio Network (O-RAN). 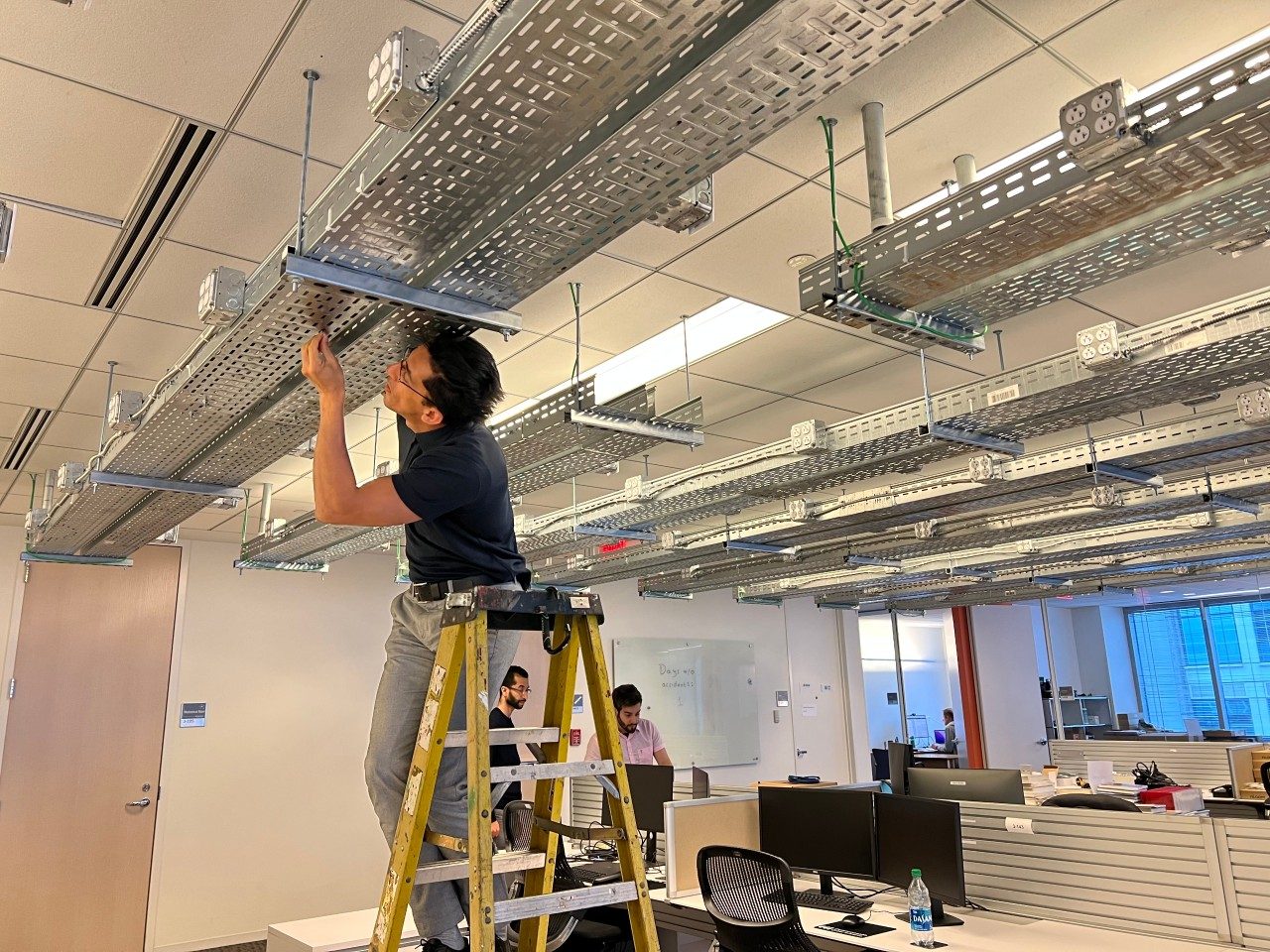 Months later, a shipment of 64 software-defined radios (Universal Software Radio Peripheral X310s) arrived at the office, and several grad students coordinated an assembly line to adjust them as needed. The USRPs arrived customizable, so the team assembled all 64 to support applications across the most common frequency bands: high frequency, very high frequency, cellular, radar, and WiFi bandwidth, with the instantaneous bandwidth necessary for monitoring bands of interest and prototyping next-generation wireless communication systems.

"This is one of the building blocks of the CCI xG Testbed radio network that enables radio access network research and experimentation providing remote users the capability of configuring different parameters of the RAN, such as frequency ( and bandwidth," DaSilva said. 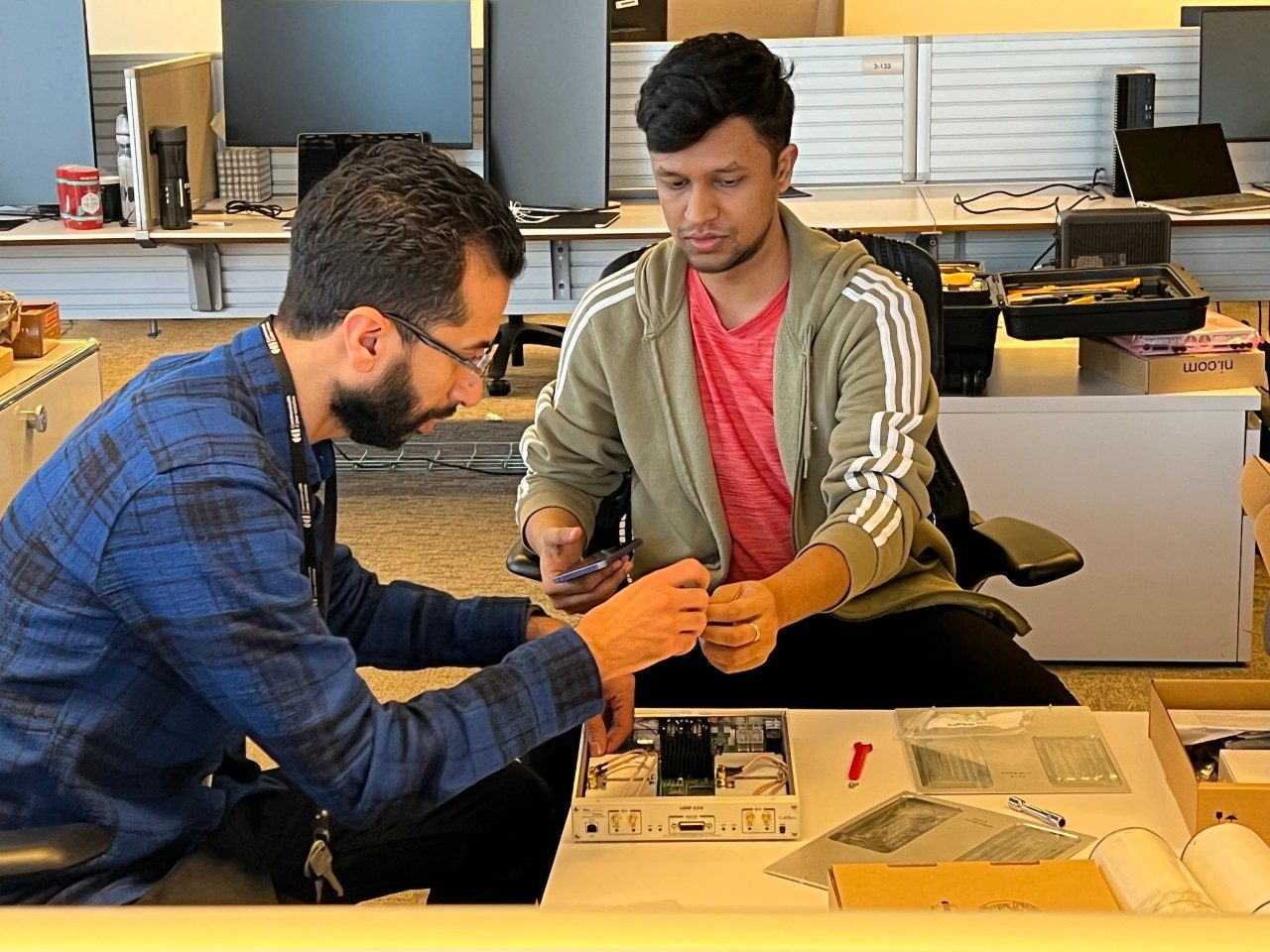 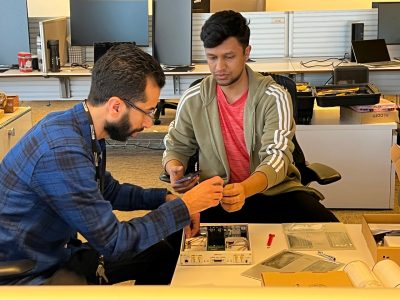 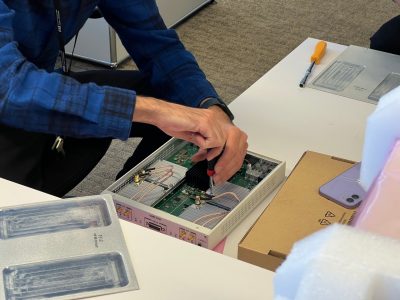 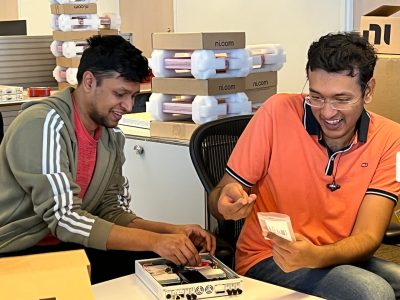 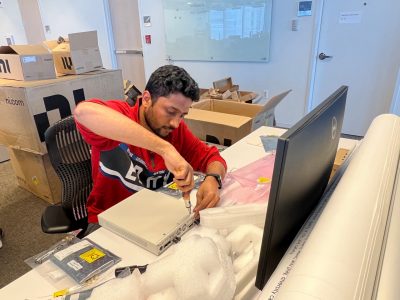 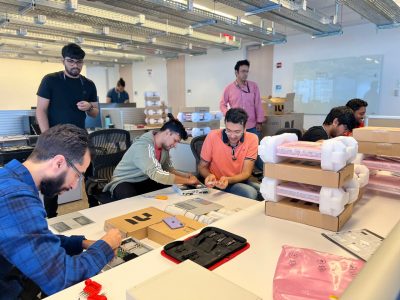 To watch the final installation and completion of the xG Testbed, click here.